Cool And Unusual Places In Alaska 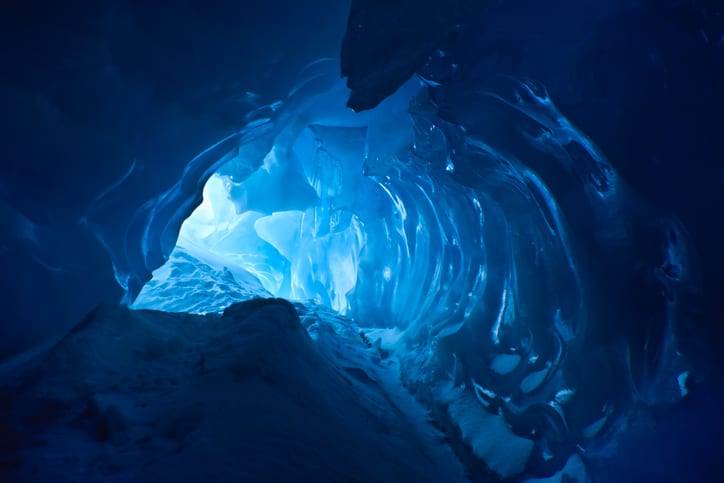 FAIRBANKS, ALASKA
Champion ice carver Steve Brice has created a winter wonderland of ice sculptures depicting all sorts of crazy shenanigans for the polar region, including entire rooms built out of ice and the awkwardly fascinating “ice outhouse.” Igloos, spheres, a giant chess set, and a full-sized pair of knights jousting on horses are just a few of the amazing examples of Brice’s work. The entire place is lit up with ice chandeliers that splay the colors of the Aurora Borealis across the glimmering walls, and everything at the bar, from the glasses to the bar itself, are crafted from ice harvested locally and shaped for your delight.

The ambitious beginnings of the museum were to create an ice hotel, but it was decided that being a year-round ice environment was a lofty enough undertaking, and they scaled down to a museum. Several tours are available throughout the day, and parkas are provided.

The Upside Forest of Mendenhall Gardens

JUNEAU, ALASKA
Dotted throughout the garden, upside down trees, known as the ‘Flower Towers’, have had their tops buried in the ground and their roots thrust up in the air, forming a basket that cradles brilliantly bright trailing flowers. Netting and mosses form a bed in the center of the root ball for flowers such as begonias, fuchsias, and petunias to bloom and delicately hang down from the tree.

WASILLA, ALASKA
Situated in the small town of Talkeetna, Alaska, the fantastical house is what most of us would describe as something we’ve see in a Dr. Seuss book. Unlike anything Dr. Seuss wrote about, however, this “house is real, it’s not a fantasy” says Phillip Weidner, creator, builder, and owner of the towering home, which stands 185 feet high.

CHITINA, ALASKA
The town Kennicott in Alaska was once flourishing, full of workers who came to the town in search of wealth and work in the mines. There were businesses, shops, a train connection, and a lot of life. Then in 1938 the town was abruptly abandoned by its citizens, leaving most of their possessions behind. Since the middle of the 1950s the place has been completely deserted.

NORTH POLE, ALASKA
The Santa Claus House received international recognition and, after newspapers and magazines all over the world wrote about the new trading post, letters from kids started to pour in. The Millers, for decades now, have been returning as many of those letters as they could, sending mail to boys and girls all over the world who think they’re corresponding with Santa Claus himself. Over the span of 60 years or so, the Millers sent more than two million personalized letters.